In between if you are interested in php learning check this post on php training in delhi. We provide both online and offline classes on php, drupal, wordpress training, SEO and HTML/CSS.

The simplest way to specify a string is to enclose it in single quotes.

If the string is enclosed in double-quotes (“), PHP will interpret more escape sequences for special characters. You can also add a variable into a string using double quotes. Let me show you with an example from php.net, little edited by me.

W3Schools.com, one of the best tutorial site gives perfect examples to understand how Escaped character works.

Case 1 : \n (linefeed in php) and its use with nl2br function 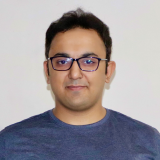